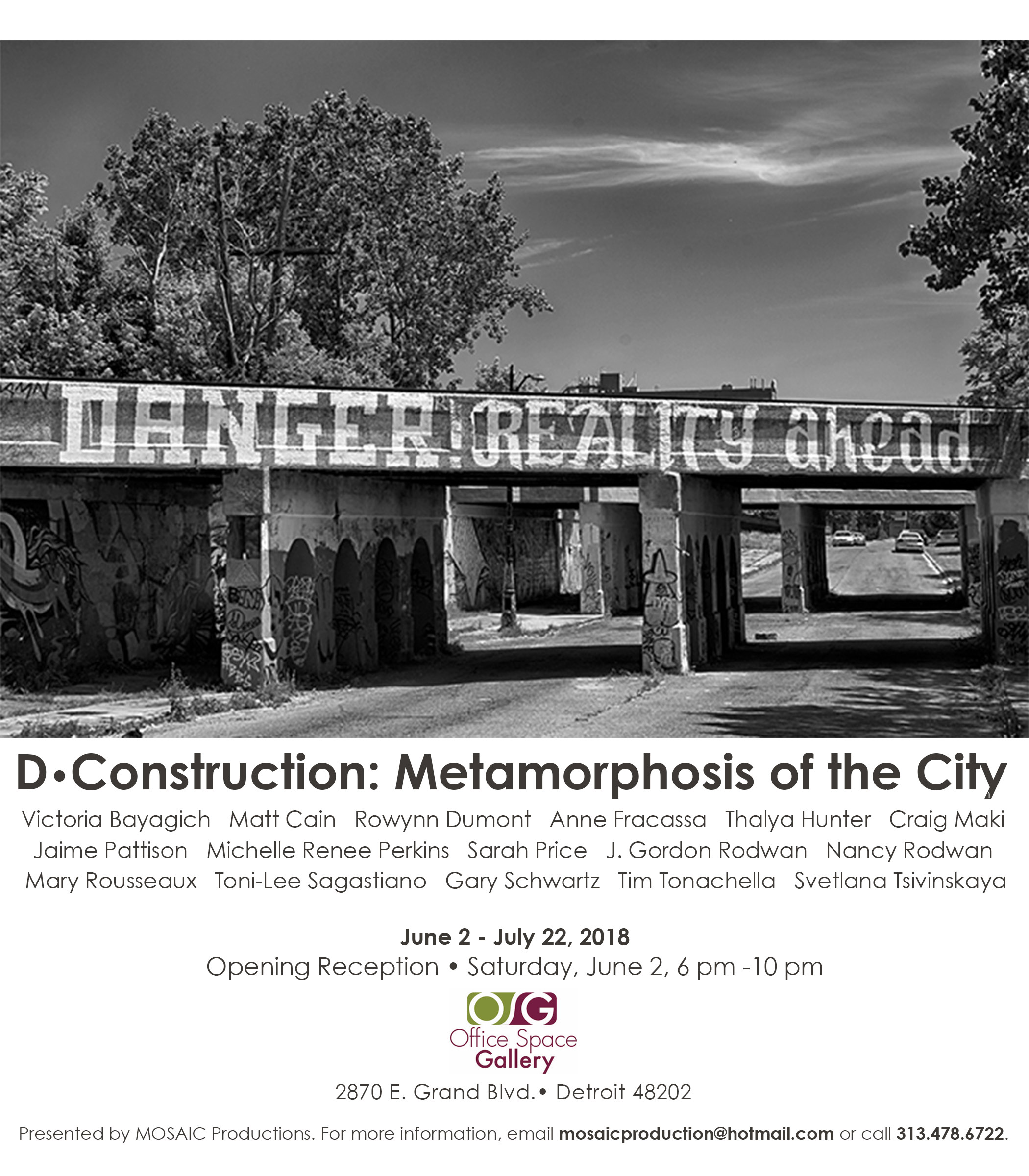 Victoria Bayagich’s Construction series (Fig. 1) captures the idea of work and what that means in regard to the creation of comfortable, safe and secure environments. Her paintings focused on the M1 Rail construction isolate images of construction workers and the brightly colored, plastic warning pylons that are a feature of any construction site. The removal of background creates a moment of stillness upon which the viewer’s eye can settle, while paradoxically showcasing the focused attention of the workers on the job at hand. It also places the work in an historical context that the viewer might not initially consider (https://www.victoriabayagich.com/home).

Jaime Pattison’s works for this exhibit reflect history, explore the concept of decay and examine ideas of community and togetherness. Her mattress installation, Frame on Frame (Fig. 4), encompasses the spirit of our human connections. As Miss Pattison explains, “The coexistence of the mattresses and the coexistence of people are similar, the mattresses share the same general form and function, just as we do as human beings. By stripping the mattresses of their coverings in order to show them in their most basic form, I highlight our similarities as humans. When we reduce ourselves to our most basic form, we can find intimacy with one another.”

Michelle Renee Perkins uses themes, materials and aesthetic considerations that evoke a prayer, chant or sacred dwelling. Her series of sculptures entitled Oshun’s Den (Fig. 5) evoke memory, call forth history and radiate spirit. She states, “I’m attracted to the sweet waters, memories and dreams and the relationships between personal/ancestral narratives, black aesthetics, and black spirituality. Afrocentric spiritual practices create an opportunity for images and objects inhabit a space akin to primal or celestial intuitive state of being. A state of being home, space that manifests as the internal and external home we all desire.”

J. Gordon Rodwan’s photographic images, such as Danger (Fig. 6) juxtapose tradition with thought-provoking subjects. This image in particular encapsulates the struggle that often occurs when an urban setting is in the throes of change; while there are many positive aspects, there is often an underlying destructive effect that remains unexposed. Rodwan speaks of his work this way, “I seek arresting images with unique angles, details, shapes and shadows. I strive both to compose compelling pictures in unusual places and to expose unexpected aspects of traditional subjects.”